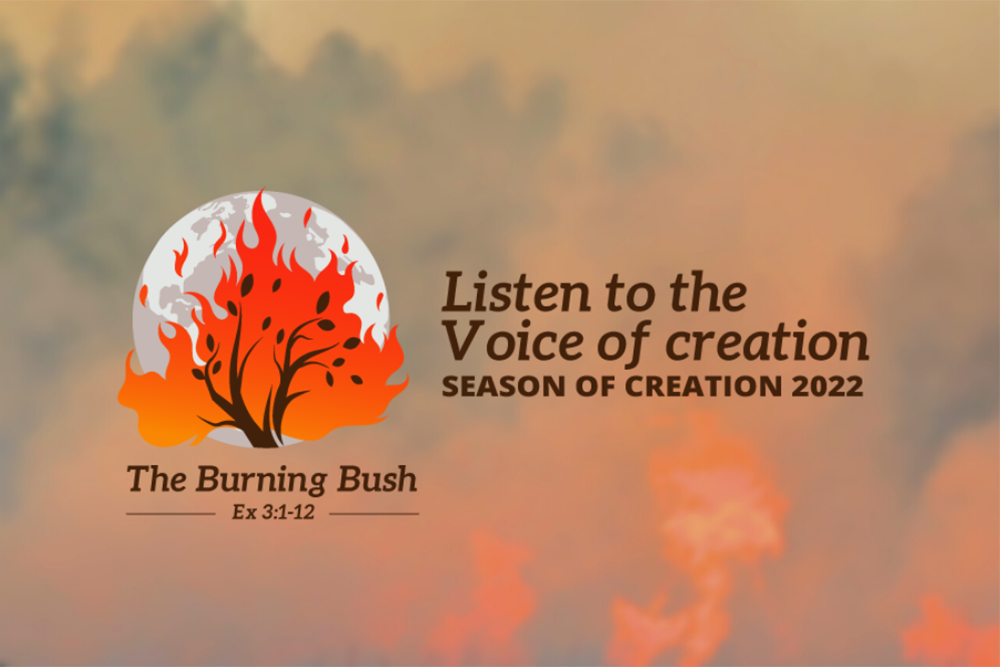 Listen to the voice of creation

There are, I think, three outstanding difficulties that we have when it comes to reading the Bible. The first, and perhaps the greatest of them is resistance. By resistance I mean that often we know exactly what the scriptures are telling us about the will and the ways of God, but we don’t want to hear, because the call they place on us is hard to accept. “Love your enemies”, while perhaps sometimes tricky in the details, is actually a fairly straightforward command to understand, but an easy one to resist. Holding all we possess lightly, willing to give our possessions for the benefit of others and for the reign of God: we resist.

Resistance can also take an unconscious form – we resist seeing or hearing what we don’t expect to see or hear, what doesn’t fit in with our current understanding, our cultural and subcultural worldview. “Everyone knows” that the Bible is against gender transition and fluidity – but in truth you can only find such opposition if you read expecting to find it. Confirmation bias and other cognitive biases cause us to resist seeing what we don’t expect.

But I’m not talking about resistance today. For more on that see – well, most of my other sermons, or, for that matter, my Masters’ Thesis.

And the third difficulty is familiarity, or rather, overfamiliarity, with the text itself. We’ve heard it so often that we don’t hear it at all. Our minds glaze over. We’re too polite to fall asleep, but we switch off.

And one powerful counter to familiarity is to come to the text with a completely different set of questions to the ones you would usually ask. Which is what we’re doing in these next four weeks, in the Season of Creation, this year themed “Listen to the voice of creation”.

You see, there are lots of Biblical texts you might choose to talk about creation. If I were constructing such a series, I’d pick those texts that seem to speak specifically to the question. But the Season of Creation challenges us to do something different: to take the lectionary texts, the readings being used around the world by so many Christian denominations, and ask of them “can we hear the voice of creation in these words?”. To approach them differently, hopefully to hear something new.

So we turn to the words of the prophet, Jeremiah – who at least mentions the land in his words. He sees a vision of the land rendered desolate. Verse 23 – “I looked on the earth, and lo, it was waste and void; and to the heavens, and they had no light” reads like a stark reversal of the story of creation – in Genesis 1:2, before God speaks creation into being and declares it to be good, we read “the earth was a formless void and darkness covered the face of the deep”.

The fall of the nation, the exile of the people of God from their homeland, that Jeremiah foretold and then lived through, he paints as a story of uncreation. And here we run into unfamiliarity. For though we would, no doubt, be devastated to be forced from our homes and into exile (as so many are today – and so many more will be as ocean levels continue to rise), we do not have that deep sense of connection with the land that is a characteristic of many cultures. We don’t feel that sense that loss of land is loss of identity in the way the people of Israel did, or that indigenous Australians or Pasifika people do today.

Jeremiah plays that sense of connection in reverse; the symbol of exile is not the people’s sense of loss of the land, but the land’s loss of purpose, loss of meaning, with the removal of the people. For in Jeremiah’s vision, the land was not the villain, it was the victim. This had come about because of the sin of the people: “They are skilled in doing evil, but do not know how to do good.”.

To the prophet the desolation of the land cries out an accusation against the people. “You, you have done this. Your greed, your loss of the sovereignty of God, your forgetting of who people you are.”

I wonder if we can hear the voice of creation crying out against our generations today: for the destruction of habitat, the pollution of land, air and water, the coral bleaching, rising sea levels, and increased severity and frequency of extreme weather events – all which are just the harbingers of the potentially catastrophic climate change? Can we hear the voice of creation accusing “You, you have done this, you are doing this”?

Then we turn to the gospel reading, to two of Jesus’ parables of the lost and found, of which the best known is surely that of the wandering sheep.

And of course, a common theme when exploring this parable is the question of whether the shepherd acts wisely, leaving 99 sheep at risk to rescue one. And we read it (rightly) as a glorious declaration of the foolish, risky, love of God.

But that tension (which I’m sure is intentional), and indeed, the whole power of the parable, depends upon us placing value on something that we have lost. It’s often said that “You don’t know what you’ve got till it’s gone” – but if you just lose a little bit, it’s easy to not notice, or to notice, but not care. If you lose just one of you hundred sheep, you might just take the loss. Likewise, when you lose one of your 99, or your 98…

And it seems to me that so much of our difficulty as humanity with taking environmental degradation seriously is that it happens slowly. It’s common to blame political short-sightedness brought on by the election cycles, but in truth it’s a human condition. We don’t notice – or don’t take seriously – change which is slow. Each fiftieth of a degree of global warming (the current annual rate) is so small – one sheep amongst a hundred.

So while the parable points to God’s care for the lost individual, perhaps the voice of creation might speak through it a different message.

For as I implied before, if you don’t care for the first lost sheep, why will you care for the second? or the third? And before you know it, those losses, seemingly insignificant on their own, add up to devastation. Does one more extinct species of insect really matter? One centimetre of ocean rise? It doesn’t seem like it. But then suddenly you find yourself past a tipping point and heading towards collapse.

How do ecosystems collapse? How do ice-shelves break off? Two ways. Gradually, then suddenly.

The theme of Seasons of Creation this year, as I said at the start, is Listen to the voice of Creation. Listen – an active verb.

Creation doesn’t speak in a way that we are used to hearing. So to listen requires that we make a deliberate choice, that we adopt an attitude of wanting to hear.

Listen to the voice of the prophet, laying responsibility for the desolation of creation at the feet of human sin, greed, selfishness, short-sightedness.

Listen to the wisdom of Jesus’ good shepherd, who understands that it is by watching for and caring about the small losses that we avoid Mike’s gradual then sudden bankruptcy.

Listen to the voice of creation.