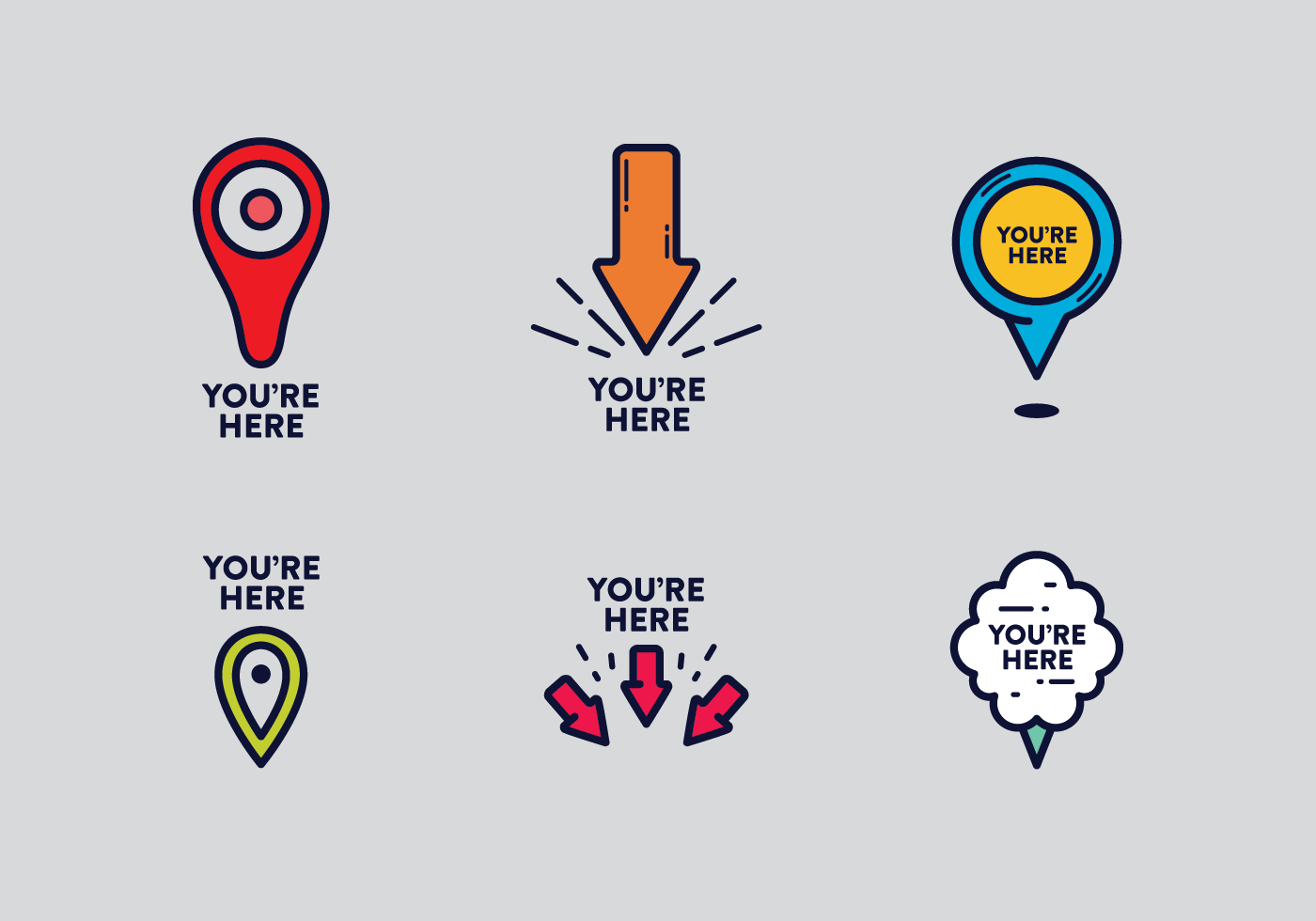 Live where you are

For the last couple of weeks, I’ve been spending some not inconsiderable amount of time thinking about where we should go next in terms of our sermon series. Since Pentecost, back in June, we’ve explored once again what it means to be followers of Jesus – empowered by the Spirit, following in the freedom we have been given, committed to the ways of the reign of God and to drawing others into that movement. Then we spent some time reflecting on the priorities of life in that movement, what being the people of God ought to lead us to put at the top of our agendas.

The season of creation was a sort of parenthesis; stepping out of the local and into the global – indeed, the cosmic – joining with our sisters and brothers around the world listening for the voice of creation, hearing its pain, but ultimately finding hope: hope based, indeed, in that same reign of God that we had been reflecting upon; hope based in the promise that the work that God has begun in Christ, in us, will be brought to fruition.

But, as you may have noticed from the lack of a slide over the past couple of weeks announcing the theme of the next series, I haven’t had a clear idea, or, to be honest, any idea at all, where to go next.

And I think that what’s been nagging at me is that those three series that we’ve just remembered could have been preached pretty much anywhere, any time. Following Jesus, prioritising the things of the realm of God, listening to God’s creation: these are constants of our faith.

But those constants of our faith are worthless if they cannot find a fresh expression when things change. And one thing that you might have noticed in the past couple of years is that a lot of things have changed.

This morning (even as I speak), at St Ives Baptist Church, the social researcher Mark McCrindle is speaking on the subject of “Church Life after Covid” (I’m going to watch his sermon on YouTube this week, you’ll probably hear more about it in weeks to come). It’s the big question, the elephant in the room. If Church is where the unchanging truth of God finds expression in the everchanging life of humanity, how do we, as the people of the Church, respond when everything changes: how do we change, and how do we stay the same?

Which brings us to Jeremiah. For Jeremiah spoke the message of God to the people of God in a time of change that makes COVID fade into insignificance: the exile into Babylon.

A few weeks ago, Stuart retold for us the story of Jeremiah’s purchase of the field: a declaration that whatever it looked like, this was not the end. The land which was going to be taken from them would be restored. One day the ordinary things of life, buying and selling a field, planting seeds and reaping harvest, would return. Hold on to that hope, Jeremiah insisted, God has not abandoned you.

But today we have a different side of Jeremiah’s message – the words that he wrote to those who had been taken into exile, torn from their land, their people, their temple. Hanging their harps on the trees, wondering how to sing God’s songs in a strange land.

God’s promise was one of restoration – but not yet. For now everything had changed. How were they to live in their “new normal”?

And Jeremiah’s answer was truly radical. For the nature of Jewish – gentile relationships in the law was pretty simple: have nothing to do with them. Do not allow yourselves to be defiled by mixing with those who do not share your faith, your culture.

That’s the message the exiles would have expected. Circle the wagons. Keep everything you can the same. Double down on the law. And wait for God to restore what you had before.

Jeremiah’s message was very different. Yes, he said, God is going to redeem you. But in the meantime, live where you are.

And there’s really three messages that Jeremiah gives the exiles. And I believe we can find ways to apply each of those messages to our lives as Church in the “post COVID” world.

Seek the welfare of the city.

Firstly, he tells them to build houses. The people of Israel had the memory, deep in the traditions of their history, of the journey from Egypt to the promised land, in which they lived in tents. If their focus was on waiting for the return, on the promise that the land would once more be given to them, there would have been symbolism in not building, but living in temporary dwellings.

But Jeremiah says “No. Don’t live as if you are waiting to return to the land. Live as if this was your home.”

Throughout the years of COVID we’ve heard people talking about waiting to get back to normal. We’ve certainly heard it, and said it, in the Church – treating the pandemic as if it were an interruption to normal life, as if we ought to hear over the loudspeakers that “normal service will be resumed as soon as possible”. But three years on it’s increasingly clear that our situation is more like that described by Trillian in the Hitchhikers Guide to the Galaxy: “we will be restoring normality just as soon as we are sure what is normal anyway”.

The third of Jeremiah’s messages (I’ll come back to the second) was perhaps the most unexpected.

Seek the welfare of the city I have sent you to. And the name of that city, in case you missed it, was Babylon. The capital of the empire that had destroyed them, the byword of pagan power, the antithesis of the Jewish faith.

And that’s less a message for us about the change brought by COVID, as it is about the slower change we see as the western world becomes less inclined to identify with a religion (though no less inclined to spirituality, it should be noted), or to take religious perspectives seriously.

Even when people have no interest in your faith, work out how you can be a blessing to them. Among other things, it’s actually the most effective way of getting them to pay attention to what you might say about the things of God.

But I want to finish by coming back to the second of Jeremiah’s messages, because I suspect it might be the most timely of them all for us today.

And I say that this might be the timeliest – I’m sure it is for me – because at the moment it often seems as if flourishing is more than we can ask for. Everyone just seems to be tired. Physically tired, but more, emotionally tired. Everything is harder than it used to be – we’ve lost the habits that made life flow. We often feel as if we don’t have the energy to do anything new, at least in part because we’ve been burned by cancellations of things we’ve invested ourselves in. I say this is timely for me: I don’t know a single person in ministry who wouldn’t say this describes them, and I know it’s not unique to this job.

But what I see in Jeremiah’s words is a call to flourish: but not by making great efforts or dramatic gestures. The flourishing he describes is the things of ordinary life: building homes, growing food, children, grandchildren.

So perhaps in Jeremiah’s words we might hear this call: to flourish not by extraordinary effort, but by putting what effort we can muster into the ordinary. You won’t often hear me quoting wisdom from sports interviews, but I’m sure I’ve heard coaches talk about doing the basics well.

And what are those basics for us? Perhaps they might include:

Gathering for worship: not to be entertained, but as an act of faithful reorientation of our lives towards God – reminding ourselves why we come, what we love about this community.

And speaking of community: connecting with one another. At morning tea, or supper, but not just then – through those calls and coffee and emails and WhatsApp chats through the week. And, of course, in our small groups.

Which is just one part of another basic: caring for one another. Calling the sister or brother who can’t make it on Sundays. Asking how someone is getting on, and taking the time to listen to the answer.

And, of course, blessing the place and time in which we find ourselves. Doing those acts of outreach and mission and service – youth groups, eSoc, Kids Playtime.

In time of change, Jeremiah called on the people to flourish in the ordinary things of life: to live where they found themselves, not always focussed on the past, or the future, and by so living, to bless the city in which God had placed them.

May we do likewise.