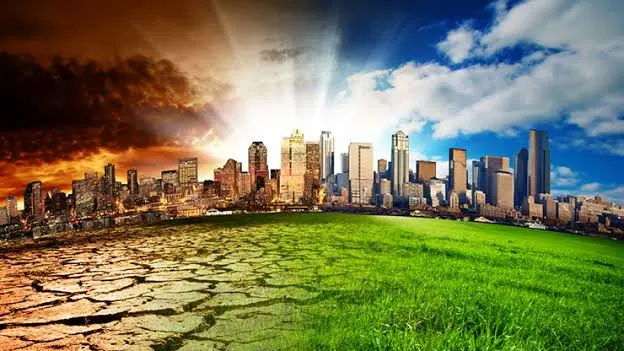 The days are surely coming

One more week in the book of Jeremiah.

Last week we reflected on Jeremiah’s words to those who had been taken into exile, those for whom everything had changed so dramatically, who were wondering what it meant, how they were supposed to live now that they were in this foreign land, the land of the enemy.

And we noted that although there was a promise in the previous messages of Jeremiah, a promise that what they had lost would be restored to them, he encouraged them not to live as if they were just in limbo, waiting for that promise to be fulfilled, but to live full lives in the place that they found themselves.

But today we return to that other half of Jeremiah’s theme: the promise of restoration.

Because although the people would live for decades in exile, though most who had been taken from the land would never return – it would be their children, their grandchildren – the prophet did not want the people to forget the promise.

And the promise, crucially, was not just for restoration. The promise was that what would come after would be more – more than what they had before, more than the kingdom of David and Solomon restored, more than the Temple rebuilt.

I often wonder if Jeremiah, or the other Hebrew prophets, knew how far ahead their visions took them. Sometimes they had those details – Jeremiah told the people it would be seventy years until they could return – but other times the timeline is vague, ambiguous: “the days are surely coming”. Did Jeremiah realise that two and a half thousand years later people would still be reading those words?

Even though it wasn’t their experience of life now, even though, in a sense, it made no difference to how they needed to live, it mattered that they remembered. Because that promise was a declaration that their God had not forgotten them; that though everything tangible seemed to have changed, their relationship with their God had not. Even in this foreign place, even though they could no longer worship in the ways that God had previously expected of them, they were still God’s people and God was still their God.

It was, of course, important and true for us in lockdown – though we could not gather for worship as we had for so many years, we held on to the promise: we were still God’s people, God was still our God.

When everything changes, God doesn’t – and nor does our identity – people of God, children of God.

So Jeremiah spoke of the future, and of restoration. “The days are surely coming” – twice, in fact – in verse 27, and again in verse 31.

The first would be seen, if not by them, at least by their children or grandchildren. This was a promise of return. That God would “sow the house of Israel”, that as they had been torn down and uprooted, now God would “watch them to build and plant”.

And more – that no longer would people say that they were suffering for the sins of others. The exile was understood by the people as being caused by their sin, their rejection of God. But the wrongdoing the prophets named was mostly that of the few, of the leadership, of power-hungry kings and a corrupt priesthood. To the extent that the exile was seen as a punishment, it was collective punishment, with no distinction between those who were better or worse.

And the promise of restoration comes with a promise of a different sense of justice, of a time when each would be held accountable for their own actions, not those of others.

But then Jeremiah repeats that phrase “The days are surely coming” and begins – whether he knows it or not – to speak of a much more distant future. He speaks words of a new covenant, words that Jesus would identify with, that the fledgling Church would claim for its own.

Restoration of the land, the people, would not be the end. What was to come would be more than what had been lost. Just as the story of Job ended:

so the promise in the words of Jeremiah was for a future better than the past.

A future in which each individual would own their own obedience to the ways and the calling of God (an idea obviously closely linked to that of each person being accountable for their own actions). In which there would not be powerful teachers, granted the authority to declare and interpret the will of God.

For the people had seen where that led. When they gave authority over matter of religion over to a priestly class, to the professionally religious. That was fine if those so empowered were true and good and faithful, but history teaches many times (as it’s been said: “History repeats itself. It has to. Because no one listens”) when we give much power to individuals, even good people may find themselves slipping.

Not always, of course – Lord Acton is often quoted as saying “Power corrupts” but in fact his observation was the more accurate “Power tends to corrupt” – but enough. And religious power is no exception. Centralised religious power is the seed of cults; of the abuse scandals that are now being uncovered across the Church; of the covering up of the abuse of children named by the royal commission; of the silencing of victims of domestic violence.

Jeremiah saw a day “surely coming” when we would no longer allow others to determine for us the law of God, no longer allow a hierarchy to own spirituality, to define orthodoxy, to control access to God.

this is the covenant that I will make … I will put my law within them, and I will write it on their hearts; and I will be their God, and they shall be my people. No longer shall they teach one another, or say to each other, ‘Know the Lord’, for they shall all know me, from the least of them to the greatest, says the Lord

(In passing – it’s interesting to preach on “no longer shall they teach one another”. I mean, a bit contradictory, right? I understand that the Hebrew word used is a bit stronger than ‘teach’, carrying more a meaning of “tell what to think and do” than the “give information” or “help to discover” we are more likely to associate with teaching in our context)

That aside: at the last supper Jesus named his life and death and resurrection as the heart of that new covenant – and of course, at Pentecost Peter quoted the prophet Joel’s words in fulfilment

I will pour out my spirit on all flesh;

your sons and your daughters shall prophesy,

your old men shall dream dreams,

and your young men shall see visions.

Even on the male and female slaves,

in those days, I will pour out my spirit.

Of course, despite the words of both Jesus and Peter, we haven’t seen that promise fulfilled. We are often still willing to subjugate our spiritual insight to those who hold authority in our institutions – as is all too evident in those painful examples I mentioned before, not to mention the darker side of the history of the Church. We still have teachers who “tell what to think or do”.

A promise of restoration which is not a return to what has gone before, but to something better.

It has, I think, always been God’s way. I kind of feel we need to remember that at the moment.