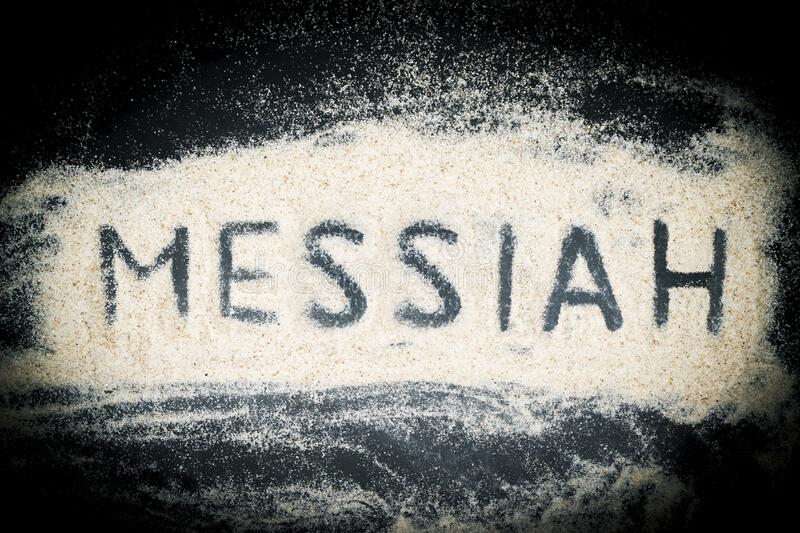 So we come today to a turning point in Mark’s gospel.

And despite the fact that I have a very strong inclination to always try and find a different way of reading than the default, if only to force myself to see the words with fresh eyes, for once, I’m just going to have to agree with that broad consensus. My apologies for that; normal service will be resumed as soon as possible.

Because there’s no question about it. Up to this point in the gospels, Jesus has been teaching about the kingdom. He been demonstrating the kingdom by his life, he’s example, His miracles.

In Luke’s telling the same story, the author describes Jesus as setting his face towards Jerusalem. I love that phrase, the resolute determination that it speaks of willingness to face the worst that can be thrown at him, determined to see it through.

But here today, we stand at that turning point, with a set of stories which are at the heart, all about that one question.

A question that invites us into our next ‘Rethinking’: rethinking the Messiah.

It starts with one of those conversations. I’m guessing there must have been hundreds of the Jesus and his disciples walking from village to village as they walked, surely, they talked amongst themselves. Inevitably, they would have been talking about what has happened, what was going to happen, what the plan was what it all meant.

Perhaps they spent some time speculating on who was going to win the T20 world cup. But I’m sure a lot of the time they spent talking about Jesus’s words.

We don’t have many of those conversations recorded for us, but this is one of them.

And it starts with Jesus asking the disciples a question. “Who is it that the people say that I am?”

“What are people saying about me?”

This turns out to be bizarrely controversial question amongst theologians.

Did Jesus need to ask?

Didn’t he already know, with his profound understanding of people and his intimacy with God? Didn’t Jesus have the answer at his fingertips; was he just setting the disciples up for effects?

Maybe. But then on the other hand, if Jesus was truly fully human, does that not mean he had set aside the omniscience of God?

We reflected on this a bit last week, in Jesus’ encounter with the Syrophoenician woman; here it’s not as central to the story, but still, it seems to me to make perfect sense that he needed to ask to know.

The disciples after all, we’re far more likely to hear the gossip about Jesus, than he was himself. The subject of gossip is always the last to hear about.

But I’d like to set that controversy aside because the reply to the question is much more interesting.

I’ve spoken before about the creative tension that runs throughout the Old Testament between the tradition of the law, the rules and the regulations in their broadest and most life-giving sense.

And the prophets, the voices who spoke from outside the system of the law. The ones who challenge the powers that be the ones who called for justice and compassion, even when those things seem to stand against the law.

And it was amongst the latter, it seems, that Jesus had been placed by those who heard him, saw him, gossiped about him. Amongst the prophets, as John, or Elijah, or another of the prophets.

Now, this isn’t to say that they believed that he was actually one of those people come back from the dead. That would definitely have been frowned upon. In Jewish tradition, the sense of their words is more, one who has picked up the mantle of or one who walks in the traditions of, who carries on or the work of who carries on the work of one who has gone before.

Of john the baptist, killed because he spoke out against corruption in the high places of the secular world of his day.

Or of Elijah, the one who held on to the faith of the one true God, when it seemed as if everybody else was kowtowing to the rule of Ahab. Ahab was a Jewish King, but had turned from God, to the worship of the Canaanite idols. It’s surely a reference that resonated with those in Jesus’s day, who saw the leadership of the temple in bed with the Roman authorities, and the Jewish Herod as a puppet of Rome.

So that is where the crowd had placed him.

But that question isn’t enough for Jesus.

So he asked them, but what about you?

What do you say about me?

And Peter, Peter, the man who always speaks or acts before his brain catches up, Peter speaks out.

You are the Messiah, the Christ, the promised one, the one who is going to save us.

And we all know then where the story goes.

We know how it goes straight into Peter’s inability to grasp what this might truly mean. Jesus is teaching those who would follow me must take up their cross daily, his description of himself as the Messiah, who will suffer, whose followers will suffer.

And then on into the Transfiguration. God spectacular Yes. To all that has gone before.

I think we all know how that story goes.

But the real question asked by it is a question for us.

Who do you say that I am?

And what would you answer to that question?

Dietrich Bonhoeffer writing from the prison cell in wartime Germany, in which he spent the last 18 months of his life, sent a series of letters to a friend and fellow theologian whose name I can’t pronounce, letters which were smuggled out of prison by sympathetic guards.

In the first of those letters, he asked the question that haunted him the question which would form the central theme of those last works of his life, up until his execution in the closing days of the war.

“What is bothering me incessantly,” he wrote, “is the question. What Christianity really is, indeed, who Christ really is for us today”

What does Peter’s declaration, what does the central faith statement of the church, Jesus is Lord, really mean?

Who is Jesus Christ for us? Today?

I believe that we very much face that same question today. We look at a world which is torn by powers of violence and of hatred, powers, secular and powers of distorted religion.

Does our faith have anything to say to the non Christian world?

Does our declaration “Jesus is Lord” have any meaning outside of the religious group who accept it as true in their lives?

Who is Jesus Christ today?

Is he Lord of us, his church?

Or is he truly Lord of the whole? Secular and religious Lord of all?

And if yes, as has been the proclamation of the church through the ages, what does that mean about where we find him, how we look for him, and how most of all, we live for Him?

What does it mean to declare him Messiah?

It seems to me that that is exactly the question that Jesus went on to answer in his very next words.

If any wants to be my followers, let them deny themselves take up their cross and follow me.

Just as as his birth to find him, they needed to look in a manger, not in a palace.

To find him as an adult, they would need to look at a cross, not at a throne.

They must be the ones who would lose their lives to find.

They would not find Jesus in power, authority control, but in weakness.

In a partial answer to his own question, Bonhoeffer later writes,

“God lets himself be pushed out of the world, on to a cross. He is weak and powerless in the world. And that is precisely the way the only way in which he is with us, and helps us. Christ helps us not by virtue of his omnipotence, but by virtue of his weakness, of his suffering.”

And we’ve heard this truth many times in Church. But the human instinct to power and control is so strong that we have to keep on hearing it, keep on facing the same challenge to rethink Messiah that Peter faced.

To reflect on the fact that it was not by power, that Jesus saved the world, but by weakness, not by taking control as God, but by emptying himself of his divinity, and taking on the form of humanity.

Not by demanding that his enemies would recognise who he was, but by holding it even as a secret. “Do not tell them who I am,” he says after Peter has recognised him.

Not by pushing aside those who would oppose him calling 12 legions of angels to his assistance, but by being pushed out of the world, onto the cross.

Not by demanding that the world respect his rights, but laying them aside in love.

Who is Jesus Christ for us today?

How must we ever and again rethink Messiah?

I suspect that if our answer to that question does not at least start at the cross, there we haven’t heard the words we heard read today.

It doesn’t end on the cross, of course. But it must start there. The Christian faith does not start in victory.

It starts in weakness and defeat.