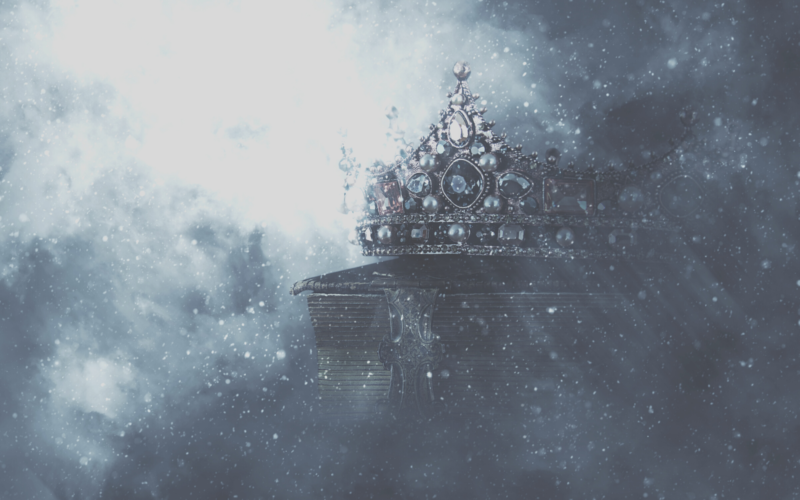 So let me just start with the elephant in the reading: “a high priest according to the order of Melchizedek”. If you’re hoping to find out what that means, I’m afraid you’ve come to the wrong sermon. What we know about Melchizedek is pretty minimal. In Genesis 14, Abraham – actually, still Abram at that time – is blessed by Melchizedek, and gives him a tithe.

Other than that, there’s a lot of speculation based on his name, but nothing, it seems to me, that we can say with great confidence. But we’ll return to Melchizedek at the end.

The heart of our reading today seems to me to be about re-interpreting the Hebrew tradition of the priesthood to place the work of Jesus into that framework, into that first century Hebrew way of understanding how humanity interact with God. Taking the wisdom and revelation of God that had come through the whole Temple and Priesthood system; retaining the fundamental truths of God revealed and setting them free of the particulars of second Temple Judaism; getting the mandarin of eternal faith out of the skin of the particularities of the day.

And the author seems to want to point out three important characteristics of the role of the High Priest and show us how those same characteristics are expressed in Jesus. So that these early Jewish followers of Jesus can know that as they leave behind the rituals of the priesthood they are not leaving behind the truths that were expressed within it.

It’s that same struggle that we in the Church are facing: wanting to know that as we leave behind some of the forms and trappings of faith that have been so important to us, we are not losing the spark, the spirit, the truth that made them matter in the first place.

So those three characteristics, before we return to Melchizedek.

Firstly, that the Priest is “in charge of things pertaining to God on [human] behalf, to offer gifts and sacrifices for sins”.

The role of the Priest was that of intermediary. To deal with God on human behalf, as you might employ an accountant to deal with the Tax Office on your behalf (yes, it’s that time of year again).

It seems to be a characteristic of most religious traditions; that there are individuals appointed as professionally religious, the ones you go to when you want to go to God. In thanksgiving, or to make offerings for sin.

And the author tells us that for us, Jesus has now taken that role. Jesus is our intermediary, it is Jesus to whom we can go.

And that’s actually a stunningly radical declaration. We need no mortal intermediary to approach God. We don’t need a priest, a shaman, a rabbi, a guru. We all have access to God, ourselves, in the person of Jesus.

Of course, that doesn’t stop us still appointing professional religious people – I mean, I speak as one. And I don’t want to get into a deep critique of the role and meaning of ordination; except to say that on some fundamental level the work of Jesus means it is unnecessary.

It is probably, in some ways, helpful. But it is not necessary.

The second characteristic of the High Priest is that they are able to be understanding of those who come to them because they too are weak; indeed, they offer sacrifice for their own sins as well as the sins of the people.

The High Priest is approachable, able to deal gently with those who have fallen short, because they know weakness for themselves. When we seek out help for our shortcomings, sure, we want someone who is able to help us, but we also want someone who understands a bit about what it is like to be us. We seek out the support of peers.

And so here the author plays to the human weakness of Jesus; just as in Hebrews 4 we read “we do not have a high priest who is unable to sympathize with our weaknesses, but one who in every respect has been tempted as we are, yet without sin”: but here the “without sin” is omitted. The author doesn’t feel the need to remind us that, though tempted, Jesus was without sin; what matters is that Jesus was tempted, understands our weakness, and so is approachable.

In the move from the Priesthood to the faith of Jesus Christ, the author assures us, in moving from a mortal mediator to Jesus, we are not losing this approachability. For Jesus is more able to deal with us gently than even the most pastorally gifted priest.

And thirdly, the author reminds us that the priest was not self-appointed but appointed by God. That the priesthood was always supposed to be a calling, not a choice; one does not presume to take the honour.

And in some ways this is the most reassuring part of all.

For inevitably, people take roles, at least in part, out of their own motives, out of the desire for glory, or power, or the need to be needed or liked or wanted or important, or, more likely, out of a strange mixture of all of the above.

And since we can never be sure even of our own motivations, how much less can we be confident in what lies behind the actions of others?

It happens in all roles, all callings, all careers; we enter everything we do with a mixture of motivations good and bad. But when we add a layer of religious significance to those roles, we greatly increase the capacity for harm: we’ve seen all to clearly what damage is done when religious leaders that many have looked up to turn out to be driven by power, or to be abusive, or to be serving their own needs.

But our access to God depends not on human self-appointed mediators, but on the one man we can be 100% certain was called by God to the role.

We have an intermediary who is always there; who can deal with us gently; and who we can be confident was called by God to the role.

All the best truths of the Temple Priesthood preserved in the person of Jesus.

But I did promise to end with Melchizedek. As we think about what the ancient traditions of wisdom have to say to our faith into the future, what does it mean that Jesus was, in the words of the author, appointed a High Priest of the order of Melchizedek?

I’m not going draw any firm conclusions from a difficult passage of scripture. But I’d invite you to wonder what it might mean that Jesus was identified with a tradition that existed before, and outside, the revelation of God through Abraham and the people of Israel.

We are often in the Church wary of wisdom that comes to us from outside the faith, outside the scriptures. But Melchizedek stood outside the traditions of the people.

Jesus is declared to be part of something bigger than the traditional faith of his people. Might that encourage us to see the Spirit of God revealing God outside our own tradition, even outside our own faith?