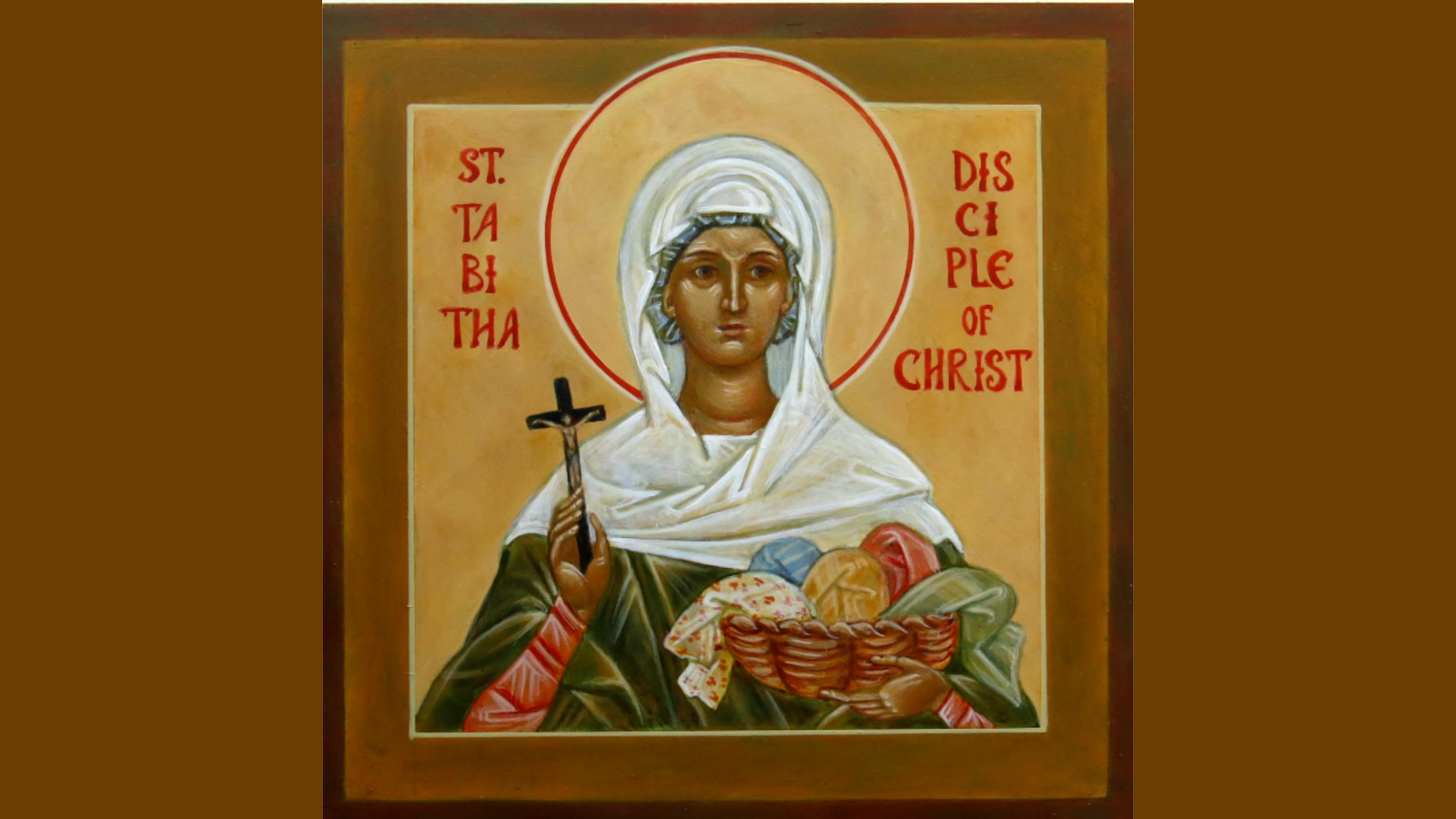 Over the next five weeks we’re going to be looking at a series of stories from the book of Acts – the book, probably written by the same author as Luke’s gospel, though we don’t really know who that was, that charts the development of the early Christian Church, mostly through the stories of two of the first apostles – Peter, who had been one of Jesus’ first disciples, and who became a leader in the early Christian Church, especially amongst the Christians of Jewish background in Jerusalem, and who is identified by some traditions as the “first Pope” – and then Paul, formerly known as Saul, a prominent and high flying pharisee who made a name for himself persecuting those early Jewish followers of Jesus before his dramatic conversion and call led him to a life preaching the good news outside of his people, amongst the gentile nations.

But today’s story comes from the Peter narrative in the book, although it really isn’t about Peter. The key figure in this story is a woman by the name of Tabitha, a follower of Jesus who lived in the coastal town of Joppa.

Joppa was reasonably large town only thirty miles or so from Jerusalem. Before this story its main claim to fame was that Joppa was the port to which Jonah fled when he was called to preach to the people of Nineveh – it’s in more or less exactly the opposite direction to the one he should have been heading in. But, though I tried very hard to find an amusing link between Jonah, with his famous giant fish, and Peter, the fisherman, with the miraculous catch Michaela reflected on last week, I was unable to do so. So I’m just going to have to let that one get away…

What is significant about Joppa for this story is that though it was a Jewish city, as a coastal port it was more cosmopolitan than the inland town of Lydda, where Peter was to be found at the start of our story. You see this in the way Tabitha is named – both as Tabitha, her Hebrew name, and as Dorcas, the Greek equivalent.

And remember, this story comes from the first half of the book of Acts, when the gospel was still spreading only amongst the Jews. Jesus’ work was still understood primarily as that of the Jewish Messiah, calling the people of Israel back to the worship of their God. Paul has been converted, but has not begun his missionary journeys amongst the gentiles. Peter has not yet had the vision that led him to the Italian Gentile Cornelius, and to witness the Holy Spirit coming with power amongst gentiles who heard the news of Jesus – that’s in chapters 10 and 11, and our theme for next week: “including outsiders”. The movement of Jesus Christ is still essentially a Jewish sect.

So, with that setting of the scene, enter the main character – Tabitha, who has just died.

We don’t know a great deal about Tabitha. She’s a disciple – a “follower of the way”, as Jesus’ followers were then known. And she was devoted to good works and to acts of charity.

That word “charity” is an interesting one. It roughly means “a demonstration of compassion”. When we hear it today, our minds naturally enough tend to go to an image of financial giving. But the language here points us in a different direction: the verb attached to the word “charity” is not “to give” (as it often was, to take that very meaning), but “to do”.

The King James Version translates it here with the rather lovely twelfth century English word almsdeeds – by analogy with the giving of alms, the old way of describing giving your money to those in need out of compassion for them – almsdeeds was giving your deeds, your actions.

(And as I write this, I note that although almsdeeds is to be found in Merriam-Webster, Microsoft Word spell check doesn’t approve of it.)

Tabitha’s devotion did not primarily take the form of financially contributing to the needs of others. Most likely she had little if any money that she had control over – few women of the day did.

So her compassion was not expressed in giving alms, but in doing them. In almsdeeds.

This isn’t to speak against financial giving as an expression of our compassion – it’s a practice widely praised in the scriptures, and often the most effective way that we can practically give outworking to that compassion for others that God has inspired in us – but to note, to acknowledge, to celebrate, that there are other ways to demonstrate compassion, to practice the love of God.

Tabitha may not have had financial resources, but it seems she had skill in the making of clothes. For many widows came to mourn her death, weeping, and showing the tunics and other clothes that she had made for them.

And here’s one of those lovely little details in the text.

All the widows stood beside him, weeping and showing tunics and other clothing that Dorcas had made

Those who came to mourn her death, to celebrate the practical acts of compassion that had characterised her life, knew her as Dorcas. Not Tabitha.

You see it? They didn’t name her in Aramaic, but in Greek.

It seems that at least many of those Tabitha had helped were not her fellow Jews. In this mostly Jewish town, it’s likely that a Jewish widow would find herself supported. She would have family to care for her; here, or not too far away. And if not, the systems of the synagogue would meet her needs. Care for the widow and the orphan was deeply ingrained in the Jewish culture.

But the widow of a foreigner? Far from home, far from family, brought to this place by a husband who has now died. For such a woman it would be so easy to just be lost, forgotten, unseen.

But Tabitha, this woman who is a disciple of Jesus, saw them. Had compassion. Shared her almsdeeds with the foreigner. Before any of the (male) leaders of the Church realised that their message was for the gentiles, Tabitha was already living it out.

The very next passage of the book of Acts tells of Peter responding to a vision, and going to Cornelius, to the gentiles. I wonder if the image of those foreign widows weeping over the death of Tabitha, and her almsdeeds given to the gentiles might not have been in his mind.

Of course, the big wow, the special effects moment in the story, is when Peter prays, and then calls to her “Tabitha, get up”. Then shows her, alive to “all the saints and widows”. And there is rejoicing, and the word spreads, and many came to believe.

A great work of the power of God, and the Church grows as those who hear and see come to believe.

But I put it to you, that that act of power would have meant nothing without the loving service that had gone before. That people didn’t hear and celebrate and come to believe just because someone was raised – but because Tabitha was raised. The great miracle that God worked through Peter did not occur in isolation, but amidst the years of acts of loving service that Tabitha had shown to all around her.

If we reflect on how the Church grew, and how it might grow in our generation, on how people came to believe and how they might come to believe, I suspect that it is often the case that these things work together: acts of love and compassion; words of good news; and God’s power at work.

Tabitha’s response to the love of God that she had found in the good news of Jesus was to practice love; to do good deeds and acts of charity. It could have been her that Jesus had in mind when he said, “they will know you are Christians by your love”. Though she probably seemed unimportant by any measure, she shared the love and welcome of Jesus Christ by caring for those who needed it, whether part of her community or not.

And in doing so she sowed the seeds for the growth of the faith – and, if my sneaking suspicion is correct – taught Peter something about God’s love for outsiders.

About which, more next week…